Perfect your tricks the way Yannick Granieri does

By Lucas1st November 2016No Comments

There is no doubt Yannick Granieri is one of the best MTB riders in the world. Sponsored by one of the best sponsors of all time Red Bull. In his career so far, he has managed plenty of victories and titles at competitions around the world, including White-Style, the Claymore Challenge and the Nine-Knights contest for best trick.

After recovering from a knee injury, he won the 2013 Crankworx Les 2 Alpes, became second in Crankworx Whistler in 2013 and managed to win a number of podium finishes at the Bearclaw Invitational in 2013 and 2014.

When Granieri isn’t practicing his tricks on his bike, you can find him on his motorbike, BMX bike, wakeboard, ski, snowboard, and anything else that he can backflip!

But how does Yannick Granieri keep stepping up his game and learn new tricks? Simple. 1 – Build a crazy backyard setup. 2 – Throw in a BigAirBag for the ultimate soft landing. 3 – Invite friends. 4 – Ride, eat, sleep, repeat

With his improvement, Yannick Granieri manages to pull something remarkable out of the bag each year.

We are very curious what he is bringing to the table at the next competitions. 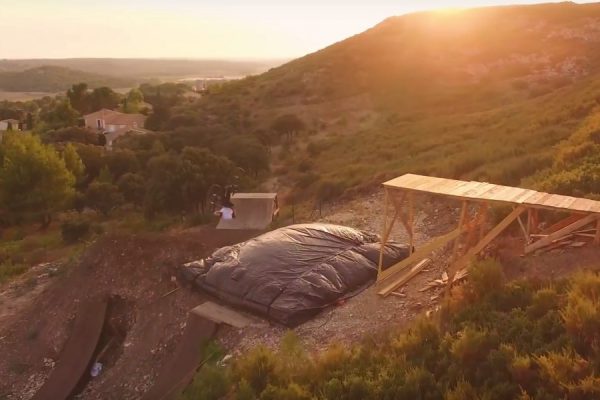 © Forever. All rights reserved by BigAirBag®